‘And you thought taking a knee was bad’ 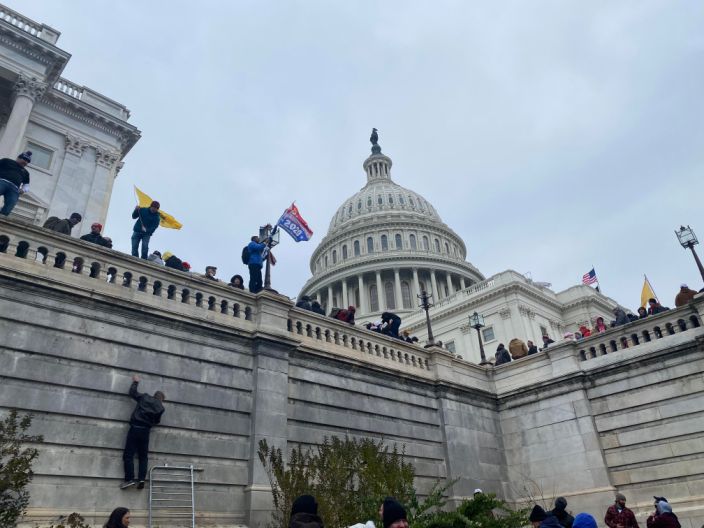 “And you thought “Taking A Knee” was too much!?!” tweeted the official handle of the National Association for the Advancement of Colored People (NAAC). Taking a knee became a worldwide symbol of Black Lives Matter protests.

From a story by Stuti Mishra of the Independent on January 7, 2021:

The unprecedented scenes of hours of chaos and destruction from the Capitol as Donald Trump supporters made their way into the heart of American democracy have led people to compare the response to how last year’s Black Lives Matter protestors were treated by the security forces.

Activists and citizens took to Twitter to highlight the different treatment of those part of BLM, a largely peaceful protest after the brutal killing of George Floyd in May last year, with the way the police responded to the Capitol insurrection.

Hashtag #AmeriKKKa also trended on Twitter as the crowd of Trump supporters rampaged through the inner premises of the Capitol with several members of the Congress in hiding.

The use of tear gas and rubber bullets were routinely witnessed during the BLM protests. The police at the Capitol, however, did not use it until the mob was inside the premise. The request for providing National Guard backup to the outnumbered Capitol police was also initially denied.