Ella Baker, a Giant of the Civil Rights Movement 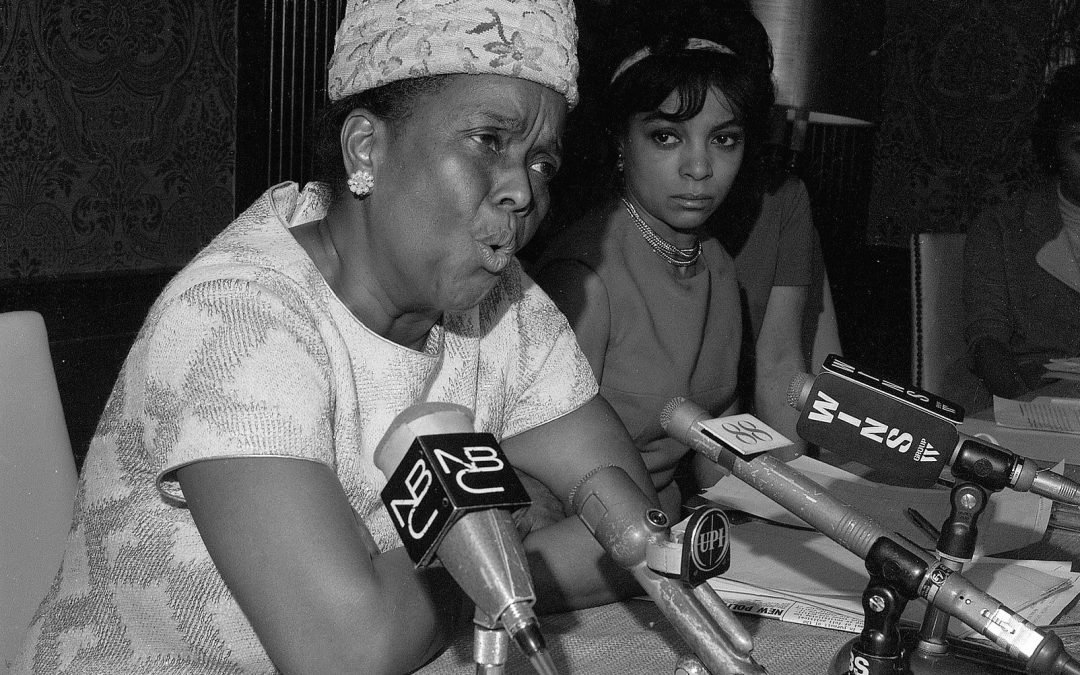 Joe Biden, prospective president of the United States, stepped to the podium to begin his acceptance speech. His very first sentence was:

“Ella Baker, a giant of the civil rights movement, left us with this wisdom: Give people light and they will find a way.”

Since she is not quite a luminary of the likes of a Harriet Tubman or a Sojourner Truth, you can bet that countless viewers scrambled to get on the internet to discover exactly who Ella Baker was.

This extract from Janell Ross and Dartunorro Clark at NBC News online offers a concise summary of someone accurately identified as “a giant of the civil rights movement”:

Who was Ella Baker? Why did Biden begin with her? Biden began and ended his speech while accepting the Democratic Party’s nomination for president with evocative references to past and present struggles for civil rights.

[He] started with a riff on light and dark, about a nation’s path. He quoted Ella Baker, a lecturer, strategist, and organizer in the mid-20th century civil rights movement who helped to coordinate sustained resistance activities which transformed the country.

“Ella Baker, a giant of the civil rights movement, left us with this wisdom: Give people light and they will find a way,” Biden said. “Give people light. Those are words for our time.”

In many ways, Ella Baker was the consummate civil rights worker, responsible for the logistics and strategy behind sustained lunch counter protests and Freedom Summer.

Born in Virginia in 1903 as the granddaughter of slaves, Baker graduated first in her college class from the North Carolina HBCU, Shaw University. Beginning in the 1940s, she served as the equivalent of a field organizer, secretary, and leader for multiple civil rights organizations around the country. That list includes the NAACP, the Southern Christian Leadership Conference, and the Student Nonviolent Coordinating Committee. (NBC NEWS Highlights and Analysis from Day 4 of the Democratic National Convention, August 21, 2020)

“Until the killing of black men, black mothers’ sons, becomes as important to the rest of the country as the killing of a white mother’s son, we who believe in freedom cannot rest until this happens.”

Timothy B. Tyson wrote this about Baker:

Baker’s calm intelligence and persistent competence lifted her to national director of branches in 1943, even though she battled sexism at every turn. In this role, she managed to create a mass base for the NAACP across the South in only a few years. Baker patched together a quilt of quiet revolt from Virginia to Texas. One of her workshops at the Highlander Folk School in Tennessee, “Give Light 4 and the People Will Find a Way,” inspired an unknown seamstress named Rosa Parks to imagine organizing a mass movement in Montgomery, Alabama.

Baker was so committed to equality she sometimes clashed with the movement’s best known male figures. She argued that embracing a patriarchal, messianic leadership model was a mistake. (“Give Light and the People Will Find A Way”: Ella Baker and Her Radical Democratic Vision for America, by Timothy B. Tyson at the Center for Documentary Studies at Duke University, 2012)

So, as some DNC viewers watched Biden begin his speech with a Baker quote, the reaction was swift. (NBC NEWS Highlights and Analysis from Day 4 of the Democratic National Convention, August 21, 2020)