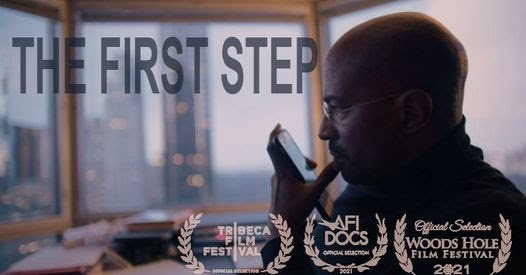 Register for the event!

Please join us for a community conversation about the 2021 film The First Step. This event will begin with a live virtual screening of the film followed by a conversation with the filmmakers and select individuals from the film. (The event will last approximately 3 hours.)

The First Step is a 2021 American documentary film directed by Brandon Kramer. It follows Van Jones, as he pushes for criminal justice reform. The First Step had its world premiere at the Tribeca Film Festival on June 10, 2021. It has not yet been released to theaters, as it continues through the festival circuit.

In a divided America, Van Jones attempts to pass a landmark criminal justice bill and finds himself under fire from all sides.as he attempts to work across party lines on landmark criminal justice reform and a more humane response to the addiction crisis. Attempting to be a bridge builder in a time of extreme polarization takes him deep into the inner workings of a divisive administration, internal debates within both parties, and the lives of frontline activists fighting for their communities.

In this revealing observational portrait, Black progressive activist and political commentator Van Jonesfaces a polarized society head on in an effort to reform a broken criminal justice system. Jones, known for calling Donald Trump’s election “a whitelash” live on primetime TV, navigates increasingly tense and isolating political and racial divides in his attempt to become a “bridge builder” during the Trump administration.

Condemned by the right for his progressive beliefs, and by the left for embracing conservatives, this fraught and cinematically captured personal journey questions his integrity from all sides, forcing him to consider not only his activism but his own identity. The First Step takes us behind the scenes of these dramatic power struggles, from internal divisions within both parties, to the lives of activists fighting on the frontlines for their communities. —Luke Moody; cite Tribeca Online Premieres

Please register for the event!